Have an Award Winning Design?
Show it Off!

The Edward Haimsohn Design Award recognizes manufacturers who are producing outstanding and original products that excel in the following areas:
In order for a design to be considered it must also have a completed application and the $150 entry fee must be paid.
Only one design per form please.  You may submit as many forms as needed.  You will be charged an entry fee per form.
​ Your company does not need to be a CDG Corporate Partner in order to participate.
Incomplete applications will not be accepted.

Submit Your Design for 2020 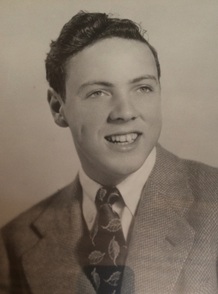 Edward "Eddie" Haimsohn has always been known as a force in the Contemporary Furniture Industry.   He is a true Modern Design Pioneer--who followed his own personal aesthetic preference for clean modern and contemporary style. His appreciation of design and quality kept his business at the forefront of fashion.  Throughout the 1950’s, 60’s, and 70’s, Modern Furniture Company (now known as Lawrance Contemporary Furniture) in San Diego, CA was one of few major independents in Southern California that modern furniture manufacturers absolutely wanted to be associated with.

Eddie followed the industry closely, attending major shows to stay on top of fashion and equally important, to meet people in the industry and network.  At a time when few American retailers (outside of department store buyers) traveled to European shows, Eddie made the trip to Copenhagen and Milan.  And of course he always attended High Point and San Francisco Markets seeking the best designs he could find.  Eddie was known by almost everyone in the contemporary and modern niche of the industry.  He was friends with many reps, manufacturers and other retailers.  He knew the Bassett’s, the Lane family, the Broyhill’s, the Hookers and he knew the designers and owners of almost all of the great modern manufacturers.  In the 1960’s when he first went to High Point Market, Eddie reached out to a young man he knew in North Carolina asking for help finding a motel room.  This young man worked with a designer named Milo Baughman, producing pieces that Eddie sold at Modern Furniture Company.   Over the years, Thayer Coggin and Eddie would develop a great friendship and business partnership.

As co-founder of the Contemporary Design Group, Eddie had the foresight to help create an organization of like minded retailers who appreciated design and who saw home furnishings as much more than just a product to sell.   The members of Contemporary Design Group continue on in the spirit of constructive collaboration, teamwork, and partnership between retailers and manufacturers in the contemporary home furnishings category.  Today, Eddie is retired and is living in San Diego, CA.

Need Help? Have questions?
​You can contact us here.